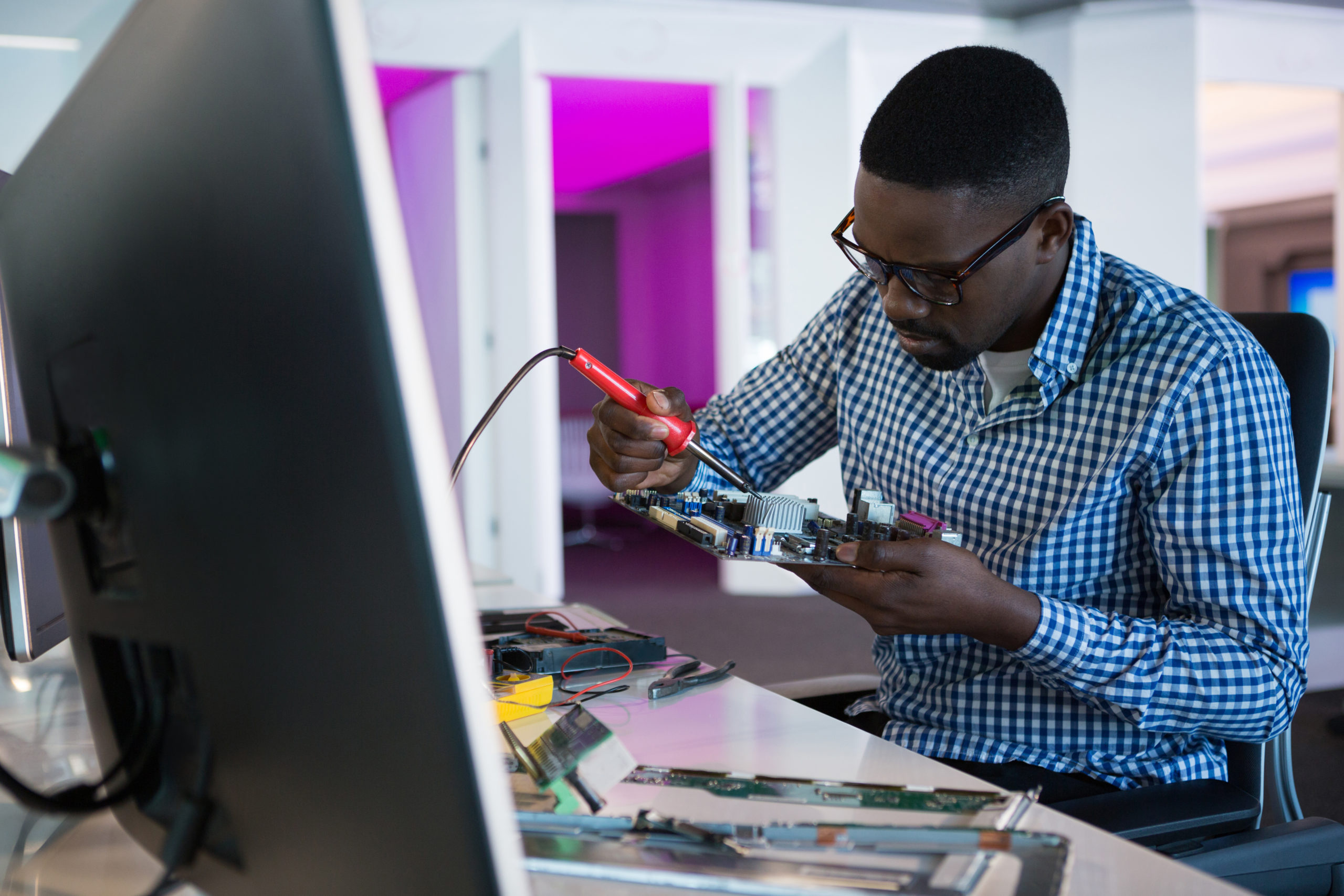 Everything your laptop or PC does, from functioning with peripherals to accessing memory to relaying data to your monitor, is dependent on the motherboard. If your laptop would not switch on, it might be due to a defective motherboard.

Many laptop users believe they must purchase a new laptop when this occurs. However, there are several situations in which a motherboard can be easily fixed.

Motherboard Failure: What Causes It?

When it comes to a laptop motherboard that generates more heat than planned, it becomes extremely difficult for the cooling system to extract the surplus heat from the tightly knitted hardware pieces. Furthermore, a fried motherboard failure condition complicates the laptop motherboard repair process.
Moreover, most entry-level laptops include air vents on the bottom side of their clamshell shells. If anything stops the air vents, the inside of the laptop will encounter a significant increase in temperature, which is hazardous for the motherboard.

The amount of electrical power available is not always constant. Power surges and supply voltage spikes are rather common. This sudden surge of electricity will destroy the laptop motherboard’s delicate and sensitive SMDs.
High-energy-consuming gadgets connected to any electrical network are the most common causes of power outages. As a result, providing your laptop with power that has a sudden spike in voltage can harm the motherboard.

Is it Possible to Fix the Motherboard of a Laptop?

There is no doubt about it to a certain extent. In reality, laptop motherboard repair is one of the most difficult and time-consuming tasks a Laptop Service Center employee can perform.

According to other hardware components, motherboards have the highest failure rate of any components. In addition, motherboard failure can be caused by a variety of factors.

If any of these fail, the entire system fails, regardless of how sturdy and costly the other physical components are. Because of the sensitivity of the components, laptop motherboard repair is a time-consuming and challenging technique.

If certain minor components, such as one or two capacitors, are broken, you can replace them with new ones to restore functionality. If the problem with the laptop motherboard is due to some incorrect soldering or a faulty connection, or a little fused chip, identifying it and applying the appropriate equipment in a precise manner necessitates exceptional dexterity in the laptop motherboard repair sector.

You can attempt the followings:

When it comes to repairing a motherboard, there are a few things that you want to construct and repair your laptop. The knowledge you get from fixing your motherboard problems allows you to extend your laptop’s life by fixing the internal machines as needed.